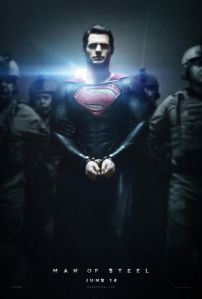 Superman is arguably the most recognizable superhero since his creation in 1938. I’ve never been interested in any other platform for superheroes other than their movies. So, from each individual film so far, Superman isn’t extremely fascinating to me. My interest level depends on the story written around him. Man of Steel is the best Superman movie since the first two Christopher Reeve films, but still weaves off more interesting ideas in favor of super fights on an enormous scale. The potential was here to explore the character. In the beginning, it seemed it might be going down that route, but ends up playing as more of a visually stimulation experience.

Things kick off with Superman’s birth on Krypton. Unlike other babies who are engineered to either be warriors, warriors, leaders, or scientists – baby Kal-El was born the old fashioned way. During a failed coup attempt by General Zod (Michael Shannon), Jor-El (Russell Crowe) is killed, but not before his wife launches their baby son to the distant planet Earth. Zod and his group are banished – a sentence that ultimately saves them when Krypton implodes. The newborn baby lands on a farm in the middle of Kansas, owned by Jonathan and Martha Kent (Kevin Costner and Diane Lane). While on earth he discovers who he is. Clark chooses to lay low at sea, that is until General Zod comes back to unleash his wrath and anger on Clark along with the inhabitants of Earth.

For a movie just under two and a half hours, parts of the story felt rushed. Lots of plot elements were crammed in. They were trying to tell a bigger story than was needed. It was like they wanted to wrap up all these plot points in so the action could begin. Too much was packed into the movie, a huge story wasn’t necessary. Granted, you never know for sure if a sequel is coming, but it was a guarantee before its release. This will at least turn into a trilogy. Clark Kent’s younger years were basically handled in a short montage. All those parts were pretty much shown in the trailer as well. I wanted more context to those scenes; more interaction between his parents for one. Too much of the origin parts got brushed aside rather quickly. With the length of the film, I wanted a more in-depth look at the characters and Superman’s beginning. 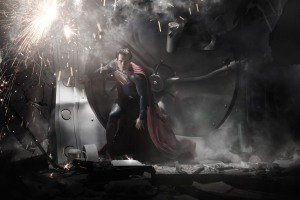 When the climax starts, it lasts a long time. There is action throughout, but the last forty minutes gives you non-stop. It was filmed extremely well and was exciting to watch. Even with that being said, I felt too much action was given to us. Man of Steel lacks character development. Exposition was heavily used in the dialog when pertaining to a certain character or a moment in the plot. When anything needed explaining to fill in something that didn’t make sense, someone would come out and say it real fast instead of actually showing us while making sense.

This would occur a lot. We focus on Clark Kent/Superman the most (as we should), but not as well say Tony Stark/Iron Man or Bruce Wayne/Batman in their respective origin stories. Man of Steel doesn’t completely immerse in what it means to be a hero for the people. We never get to the core to how America built up what it means to be Superman. Most of the supporting characters were neglected in the writing department. None really mattered when you get down to it, save for Lois Lane. She was only given the bare minimum to matter.

Acting was strong from everybody – a strong ensemble cast. I wasn’t sure if Henry Cavill was going to be a good fit for the role of Superman upon first hearing the news of the casting. I knew he looked the part, but unsure if his acting chops could back that up – had only seen him in Immortals. My worries were for nothing, Cavill turned out great for the part. Embodied everything needed to play Superman. Same goes for Amy Adams, she fit Lois Lane well. Michael Shannon never ceases to give a quality performance. The material prevents him from giving another stand-out one like he has countless times in the past, but does what he can. Russell Crowe and Kevin Costner were fantastic in their scenes. None are featured much, but their appearances are short and sweet.

Man of Steel (and inevitably its sequels) are being compared to Nolan’s Batman trilogy. Mainly because of similar tones. It doesn’t touch what Batman Begins did, it set-up things perfectly. Now, I don’t mean to sound down on this. It had its moments, had Han Zimmer’s soundtrack, and provides amazing action to watch; tons of cool set pieces after set pieces. David S. Goyer wrote the screenplay and helped develop the story with Christopher Nolan. The script wasn’t focused. Both have made films with plenty of emotional depth, but Superman must have been more of a challenge. Man of Steel doesn’t soar like I’d hoped, but solid start to the franchise. Looking forward to the sequel – Batman vs Superman!

4 thoughts on “Review – Man of Steel” 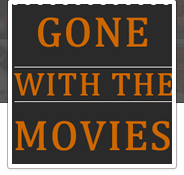 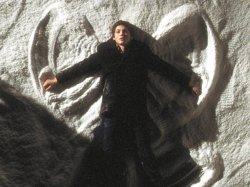 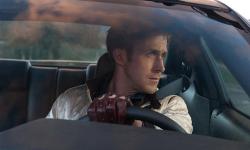 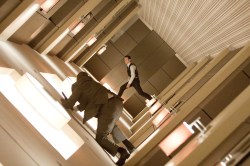